1 to a billion; the rise and rise of Twitter

Yesterday Twitter uncerimoniously passed through the #1,000,000,000 userid mark. Some analysis by PeerReach shows which groups and countries brought about its success.

On March 21, 2006 the very first Twitter message was posted by Jack Dorsey (@jack). The growth has been exponential since then. Each Twitter account has an unique id and yesterday at 21:33:02 CET account number 1,000,000,003 was created by @johnhn7 (already suspended) and 1,000,000,004 by @VerlWalkingElk. It seems Twitter didn’t pay much attention to this special moment, or they would have made sure that account 1,000,000,000 was registered and remained un-suspended.

The first boost for Twitter came when it was displayed on a couple of screens during the SXSW conference in March 2007. Many people from the webtech community signed up, which is clearly visible in the graph below. The graph shows  the adaption of Twitter for the main expertise areas that are identified by PeerReach. After the bloggers and marketeers also journalists start seeing the use of Twitter. 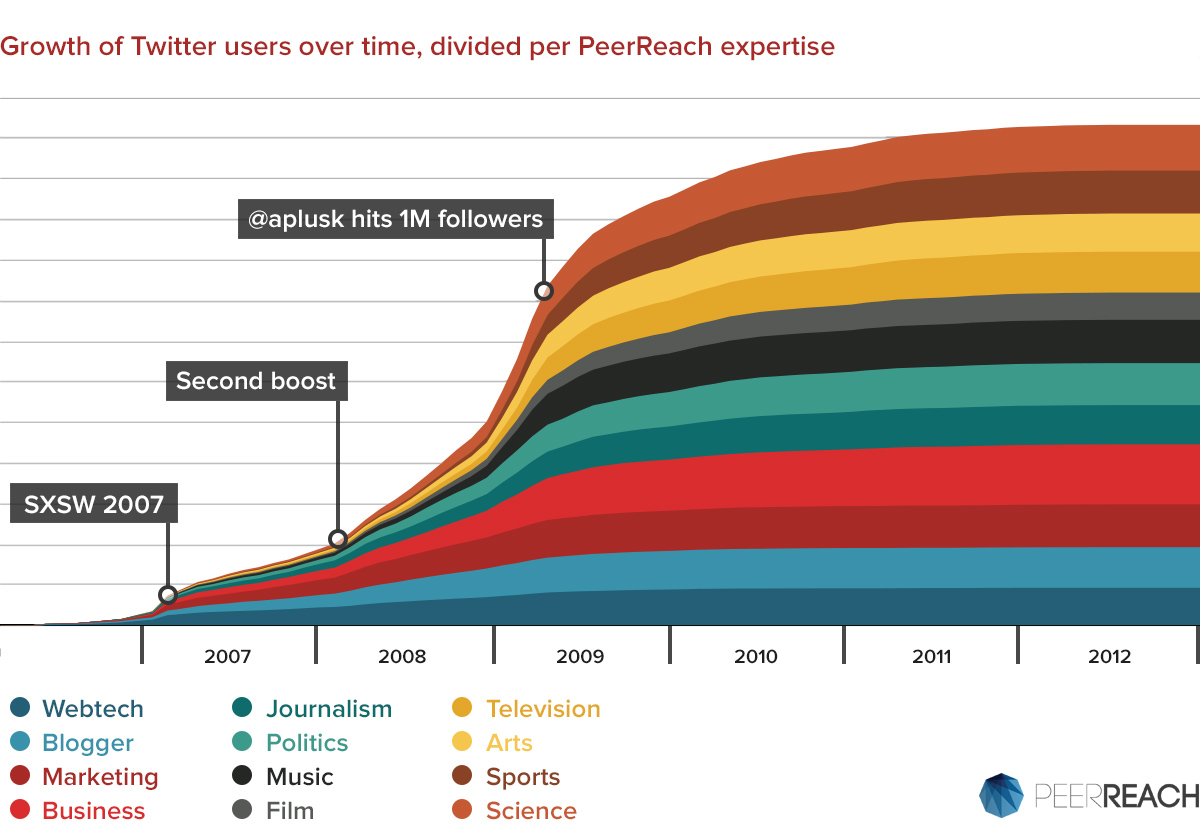 By 2009 the celebrities from music, film, television and sports started embracing Twitter and they attracted a large population of new people. In April 2009 Ashton Kutcher (@aplusk) was the first celebrity to get more than 1 million followers. Nowadays, there are over 1,300 accounts with more than a million followers. Lady Gaga being the one with the biggest audience of about 32 million, just a million more than Justin Bieber.

Most of the Twitter millionaires are based in the USA, but also the UK, Brasil and Indonesia represent many huge accounts. The popularity in non-English speaking countries has been a good reason for Twitter to start offering localised versions of their service. 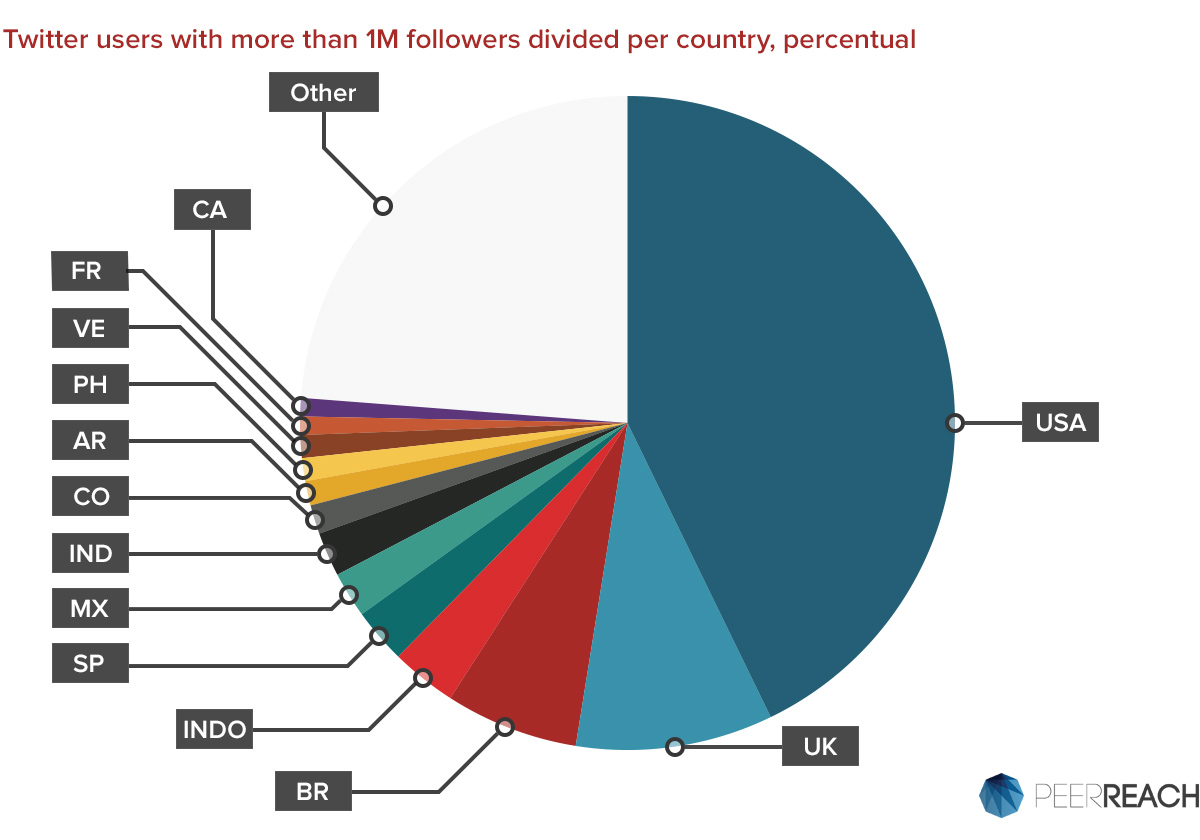