Sites like ours and twitteraudit.com clearly display that many celebrities have huge amounts of fake followers. Are they buying those fake followers or is there an alternative reason?

Indeed, some celebrities (and non celebrities) are buying fake followers. I did publish about this before on Twirus.com. A company offering fake followers has to create those fake accounts. They write a computer program that automatically signs up new accounts and follow the same steps that you and I follow when we create a Twitter account. This morning I created a new twitter account @nicotest1234, and nowhere did I have to fill out a Captcha code. So it’s easy to write such a program. 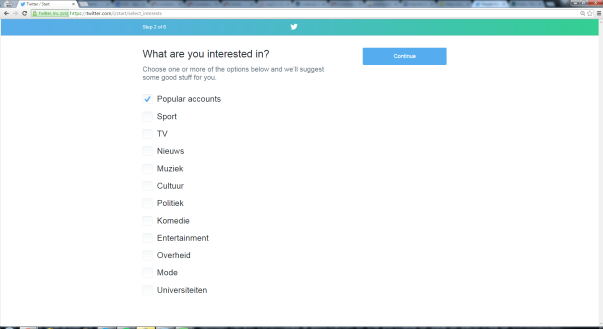 By default, ‘Popular accounts’ is checked. The following accounts are in this group 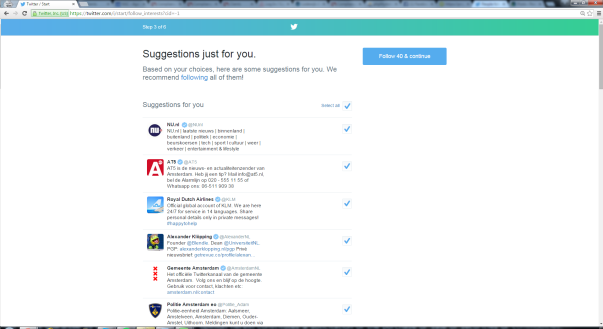 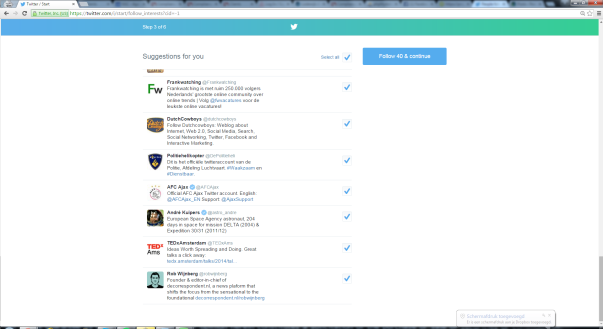 Using the Audience Insight section of PeerReach (displayed on the bottom of a profile after signing in using Twitter credentials) I found out that all those accounts are quickly gaining followers since the summer of 2014, when Twitter changed the sign-up process. 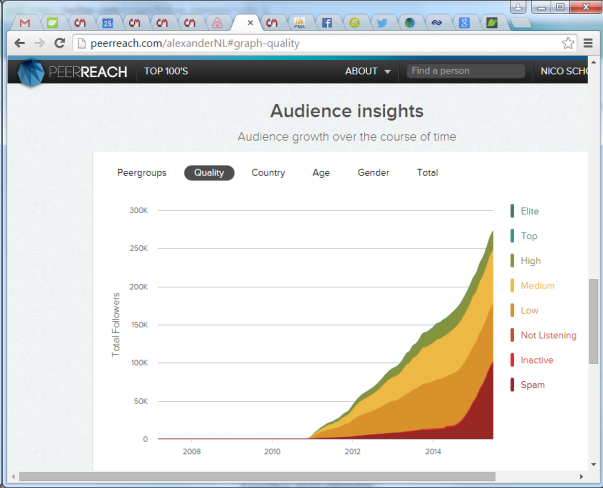 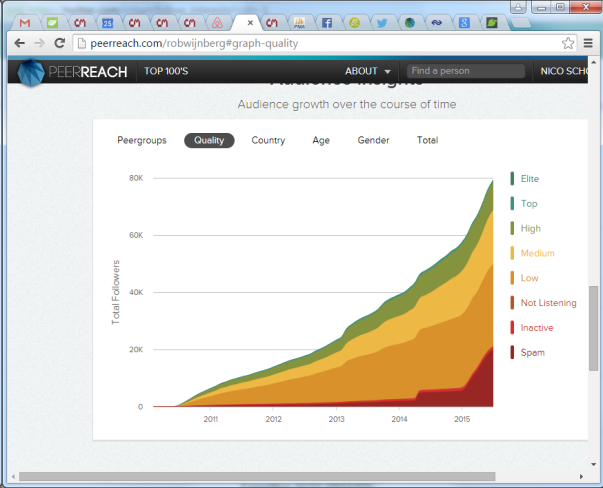 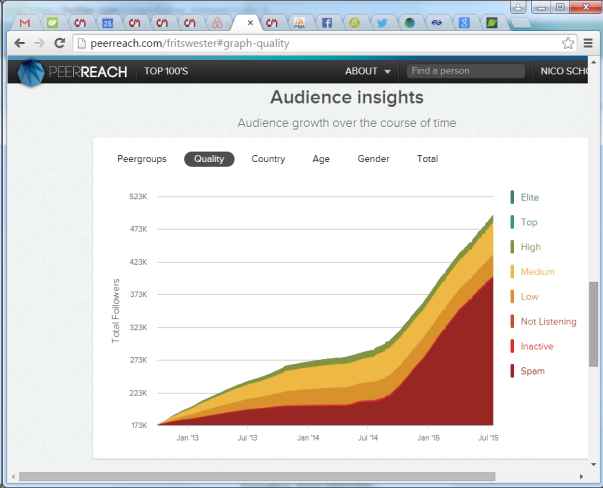 In the Audience Insights for @robwijnberg, @alexanderNL and @fritswester we see that all of them are gaining followers quickly since mid 2014, and that most of these accounts are spam (fake) accounts.

Are @robwijnberg, @alexanderNL and @fritswester paying for those followers? Very unlikely, especially since I know two of them personally. However, some people are buying fake followers. The accounts created start following the accounts that Twitter is suggesting. Therefore also sincere Twitter users end up having many fake Twitter followers.